Sample configurations used for this tutorial

Below is a sample representation of the topology to be used for this tutorial. 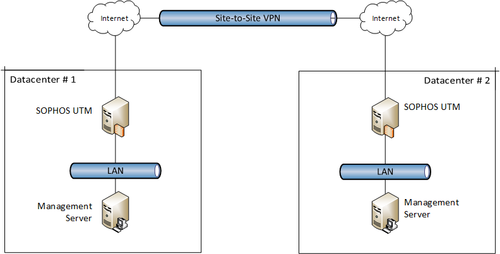 To set up this topology, this tutorial will make use of two ProfitBricks Virtual Data Centers (VDCs). Each virtual data center is self-contained and therefore will act as two separate physical locations even though they are technically on the same physical data center.

Here are the sample networking details that will be used during this tutorial, and a screen shot for one of these VDCs. The second VDC should look identical except that we will use a different internal IP space (subnet) to avoid unnecessary NAT rules. 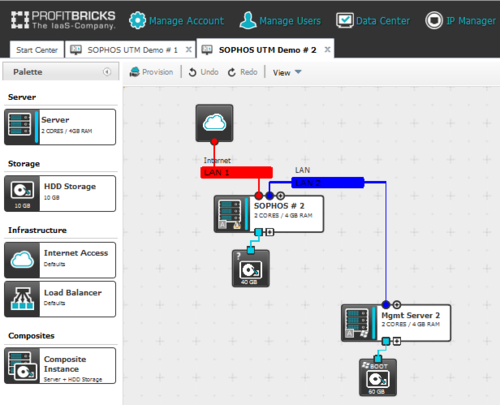 Set up the remote gateway

On your primary Sophos UTM (VDC-01), go to Site-to-Site VPN located on the left navigation menu. Then select the IPSec sub-menu option as depicted below. 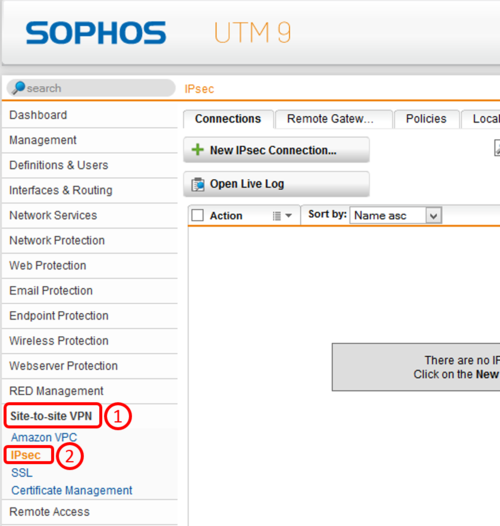 Here is a sample configuration: 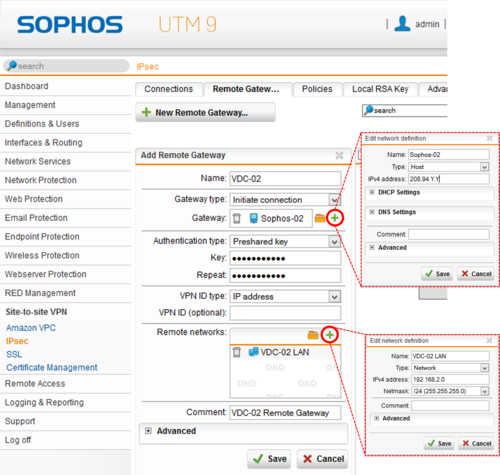 Set up the IPsec connection

The next step is to go over to the Connections tab and click on the New IPsec Connection button.

Here is the sample configuration for our scenario. 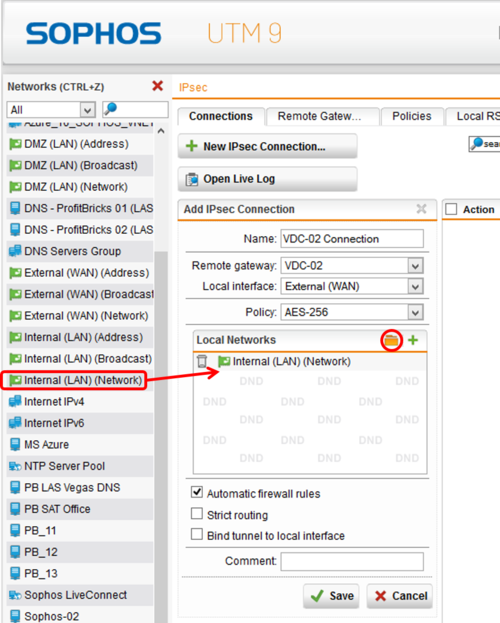 Set up the secondary Sophos UTM

The configuration steps will be identical, but the information used (public IP, local subnet, etc.) will be different.

Verify that the Site-to-Site VPN is working

Once the second Sophos UTM is configured as described above, the tunnel should be established automatically.

You can verify this by clicking on the "Site-to-Site VPN" on the left navigation menu as shown below. 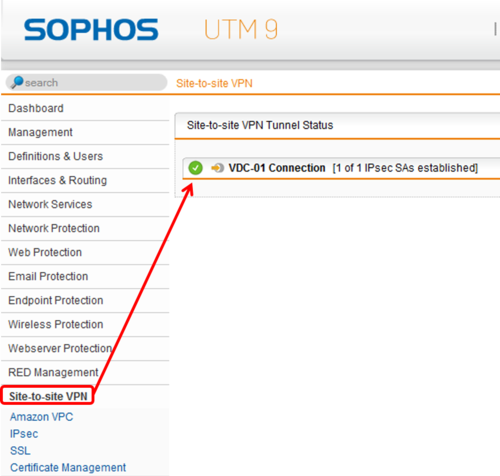 The last step is simply to test the VPN tunnel by pinging between management servers, establish a remote desktop connection or something along those lines.